Rovno amber is a type of amber that can be found in the Rivne Oblast and other regions of Ukraine and Belarus. It is also called Ukrainian amber.

The amber was created in the Late Eocene and Early Miocene and is similar to the Baltic amber. Its main sources are located along the northwestern margin of the Ukrainian Crystalline Shield in the Rivne region and in the Gomel Region of Belarus. Ronvo amber is a rich source of insect inclusions and shares many of them with the inclusions which can be found in the Baltic amber. A number of arthropod taxa range from planthoppers such as Alicodoxa and ants to mites and spiders. 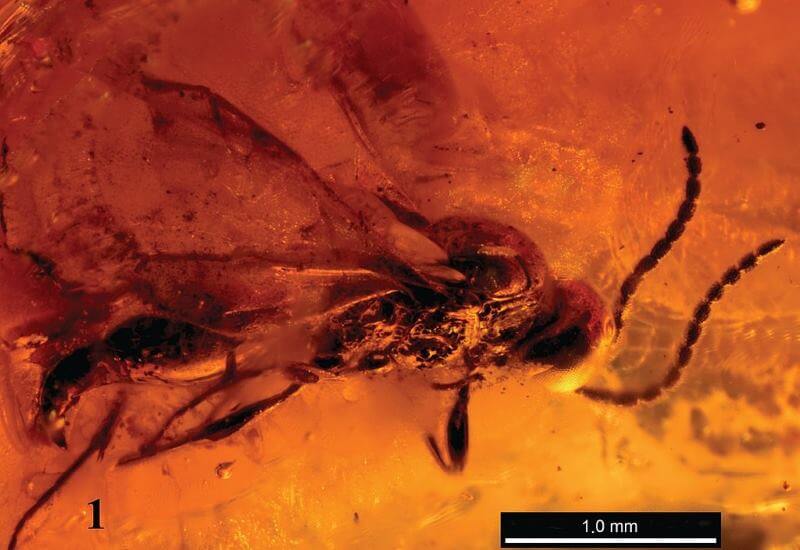 Based on the differences between those two types of amber a thesis that Late Eocene to Early Oligocene Europe was covered by the two different areas of a large forest. Ronvo amber has a large variety of colors in which it occurs. It is primarily yellow, yellow-brown, orange, red or brown. Rare pieces have been found in light greenish-yellow or extremely rare green coloration. Its clarity differs from clear to totally opaque. Smaller pieces tend to fade and change color with time but larger pieces (200-400 grams) are more stable in color and do not fade. What is more interesting, this type of amber has a similar amount of succinite acid to the Baltic amber. However, what is totally different from the Baltic type of amber, elements such as lead (Pb), yttrium (Y), zinc (Zn) and Zirconium (Zr) are present in the Ronvo amber. 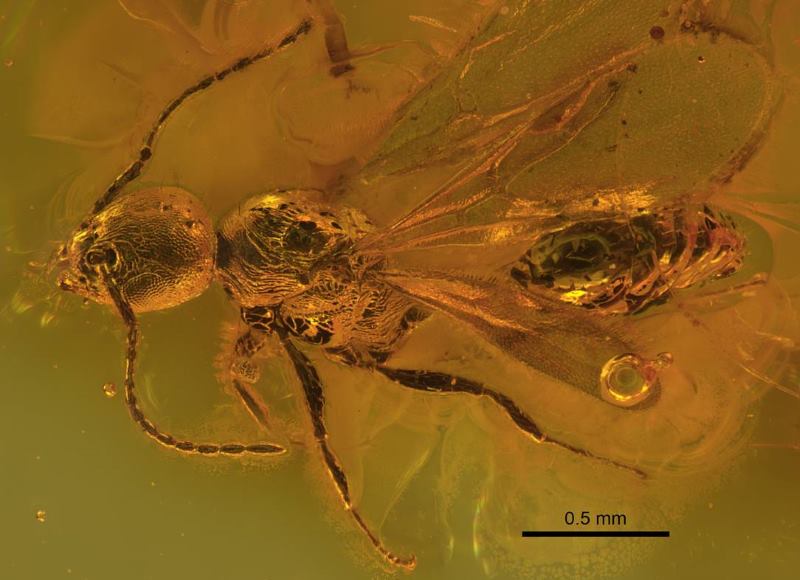 Objects made of the Ronvo amber have been found in the Dnieper area. Fully shaped amber objects are dated back to the Paleolithic and Neolithic sites. Many of them are roughly fashioned into triangular and circular shapes. The found amber objects are dated back to the 13,300 and 10,500 years BC. Additionally near Dobranichevka, a small female statue made of amber was found, while in the Dubno districts of Ukraine in a Globular Amphora culture tomb a disc carved from amber and decorated with a hunting scene carved on one side was found.

Despite its prehistoric uses, major exploration and mining of Ronvo amber did not start until the 1990s. In the 20th century, the main use of amber was for burning and not for crafts. Since 2014, 90% of Ukrainian amber is extracted illegally and its trade is controlled by crime groups. Ukrainian amber is extracted by pumping water int the sandy sediments, which forces amber to the surface. Amber is usually found in the areas covered by forest, which are illegally deforested to extract amber.