Copal is a name given to types of prehistoric conifers or deciduous trees’ resin excavated all over the world. The name derives from a word copali which in Nahuatl language means „incense”. The biggest sources of copals are located in subtropics countries. The biggest advantage of copal is the fact that it is a great material for jewelry and decorative elements production. Copal has been used to produced jewelry by many different cultures all over the world for centuries. Nowadays it is used in professional jewelry making. Sometimes fresh resin collected for medical purposes is also called copal. 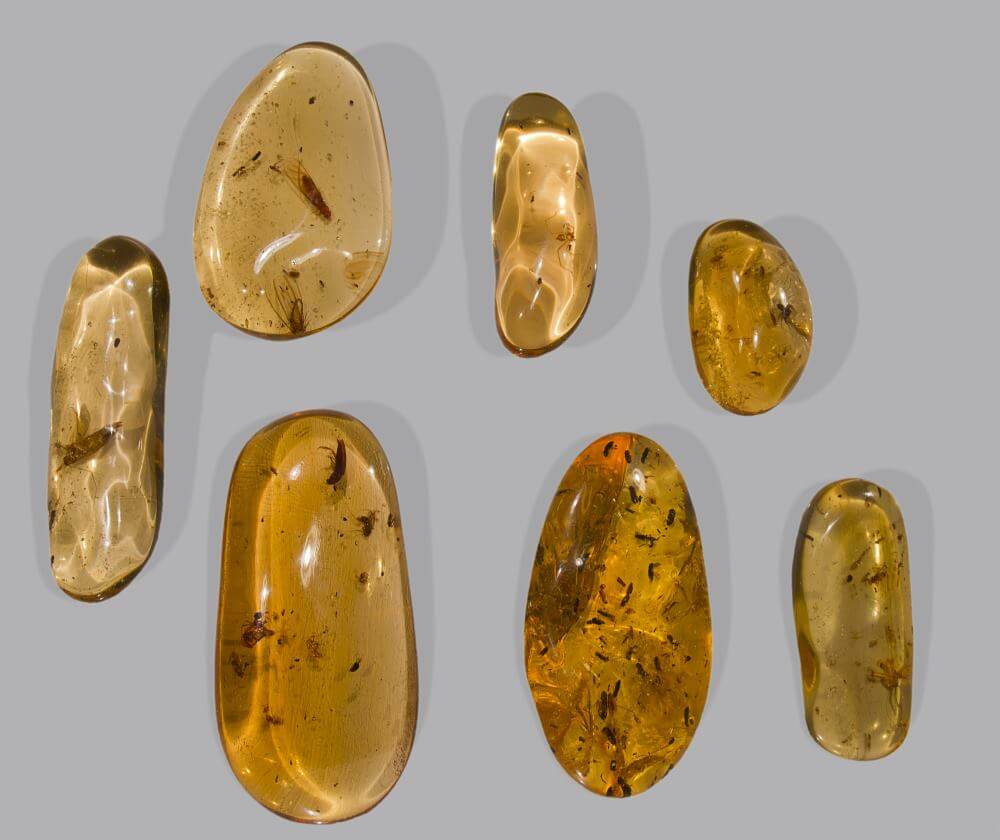 Properties and occurrence of copal

Copal is characterized by hard mass with the interior that is clear or opaque, while the surface is darker due to air affection. They are well soluble in ethyl alcohol, acetone, ether, and partly in benzene and chloroform. Copals are similar to amber. Just like amber, they may contain organic and nonorganic inclusions. It differs from amber by a lower melting temperature, which leads to different ways of treatment. They are used in the jewelry industry, usually artificially aged to gain yellowish or orangeish color. Sometimes copal is polished to gain additional shine.

Where can copal be found?

Copal, just like amber, can be excavated from the ground, especially its surface layers. Copal is excavated in a form of petite pieces as well as huge chunks. It is a mineral that can be up to a million years old. Some sources claim that copal is 10 000 to 5 million years old. It is worth noting that younger resin is called copra, while the older one is considered as fossil resin. Copal mainly occurs on the Amazon and on the sea coast i.e. America from Mexico to Brazil), in Africa (mainly in its middle belt), in Madagascar, Indonesia, Australia, New Zealand, and New Caledonia.

Copal can be found in many different types, according to the place where they were found.

Zanzibar copal is the main type of East African Copal. It is a hard natural resin of the fossil Trachylobium tree. Zanzibar copal occurs in irregular clods that are wrinkled, plate-like, and covered with a brown layer, similar to bark. It occurs at a depth of about a meter below the surface of the ground. The pulp of the described copal is characterized by yellowish or reddish color, as well as its transparency and hardness, which is similar to the hardness of amber. It is worth mention that East African copal softens at 160 degrees and melts at 260 to 300 degrees. It dissolves completely in kajeput oil and partly in ether, benzene, chloroform, toluene, carbon disulfide, as well as rosemary oil and does not dissolve in amyl or methyl alcohol.

This type of copal is also called Brazilian copal. It is characterized by a soft structure, the lumps are yellow, greenish or green, covered with a layer similar to the chalk layer. It occurs in Brazil (that is why it is also called Brazilian copal), as well as Venezuela. It is used as an elementary component of some varnishes, medicines, or varnish which is used, for example, in halos.

Kurian copal, also known as Kauri copal or New Zeland and New Caledonian copal. It is a hard resin that occurs in brown lumps. Its surface is heavily weathered. It is the most valuable type of copal that occurs in this part of the world. Its characteristic feature is that it dissolved completely in butyl alcohol, as well as in carbon tetrachloride and partly in acetone. It is obtained from New Zeland agate. The New Caledonian copal is a hard resin of the Agathis dammara tree. It occurs in whitish to yellowish colors. Its surface is often covered with a brown coating with a delicate metallic shine. The Philipino copal occurs in heavy lumps that are brown. 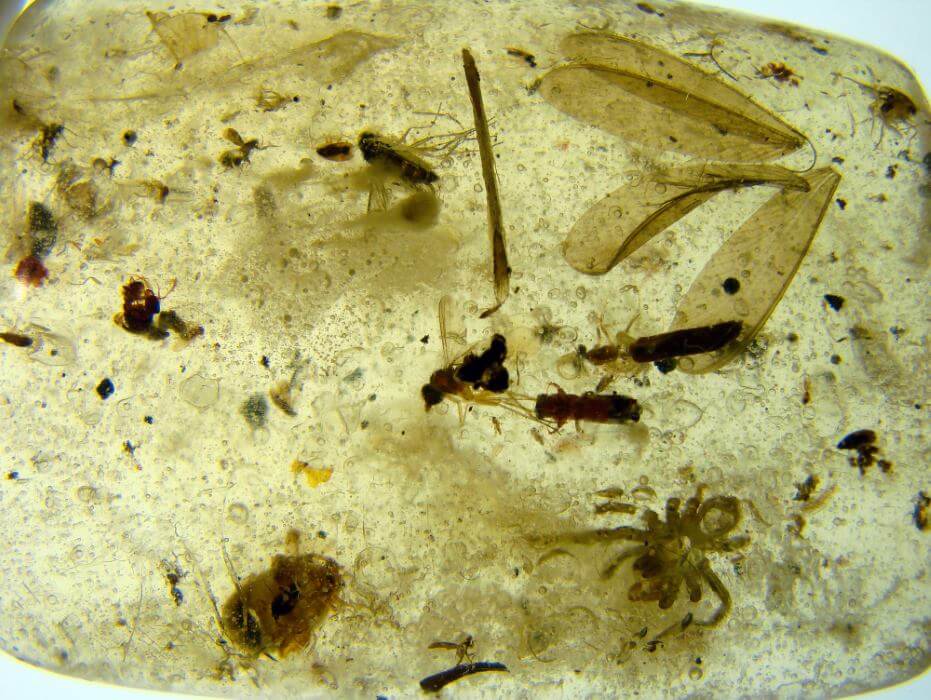 Fossil resin is a product of such processes as oxidation and polymerization of resin acids, which are contained in the juices of conifers pine and cypress trees, Araucarians, and also broadleaf bean species. The polymer content is largely dependent on the environmental conditions in which the resin has become hard. The faster polymerization of acids was undoubtedly influenced by the warm climate. The resin nuggets that were formed under these conditions are clear and brittle. What did marine polymerization look like?

First of all, it was a very long process, which brought many benefits. The resin was harder and has a more stable internal structure. However, due to the relatively high content of microscopic liquid and gas bubbles, it often lost its clarity. What else affected the level of stability of the resin? For example the geological conditions. Fossil resin due to the degree of polymerization can be divided into two groups: amber and copal. How old are they? It is usually impossible to find amber younger than the Miocene amber, which is 7 million years old, and also copal that is older than Pliocene copal which is 5 million years old.

There are over 60 types of fossil resin known all over the world. The youngest of them can be found in East America, Africa, Australia, New Zeland, or even Europe. The oldest sources of fossil resin can be found in Canada. It is worth remembering that many types of resin such as Arabic gum, manila copal, mastic, myrrh, sandarach, and dammar resin are artificially produced. Nowadays many chemical, physical genetic, and paleontologic researchers are being widely conducted. Its main idea is to find the mother trees of fossil resin types.