Japanese amber is a mineral which sources are located in the north part of Honshu, near the Pacific Ocean. It is similar to the Baltic amber because both types of amber share similar characteristics, as well as have similar use. Japanese amber is softer and easier to damage during treatment, that is why working with this type of a gemstone requires special care. Colorwise Japanese amber is similar to the Baltic amber and occurs in various shades of orange and different levels of opacity. Mostly it can be found in its dark-orange or brownish color with characteristic dark spots. 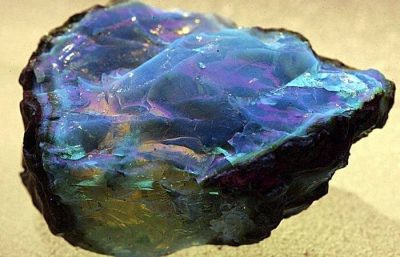 Japanese amber can be found in many different locations in Japan. Its sources are located staring from Hokkaido in the North, to Kyūshū in the South, and have the whole area of 2800 km. One of the most important and the only working mine of this amber is the Fuji mine. Japanese amber is recovered there since the 6th century AD.

Japanese amber had been used to decorate clothes, art pieces as well as to produce jewelry for centuries. In Kaliningrad, during one of the exhibitions, a modern reproduction of the 6th-century decorative pillow has been presented. It was made of Japanese amber in various different shades of green (just like the original one). Other works of art were created by modern Japanese artists.