New Jersey amber is a type of amber which natural sources are located in Raritan and Magothy Formations of the Central Atlantic (Eastern) coast of the United States. It is also known as Raritan amber.

It was created in Late Cretaceous or the Turonian age. Age of the New Jersey amber was based on the analysis of the “amber-like” substance and pollen preserver in the resin. Substances identified in the ambers composition linked it to the extinct trees species Pityoxylon, Juniperus hypnoides, and Cupressaceae. An interesting feature of this amber is lacking the presence of succinic acid in its structure. Additionally, is insoluble in a solution of ethyl ether and ethanol and its chemical composition includes 0.29% of sulfur.

It is similar to the Burmese amber in terms of the color scheme. New Jersey amber can be found in many different colors such as yellow, orange, brownish-red or red. It can be found both clear and opaque and tends to be brittle and friable, with pieces noted to crack or craze. When exposed to increased temperature it can change its color, resulting in yellowing and next darkening of the amber, but not to as significant rate as the Baltic amber. Deep-red pieced of the New Jersey amber are noted to form deep needle cracks. 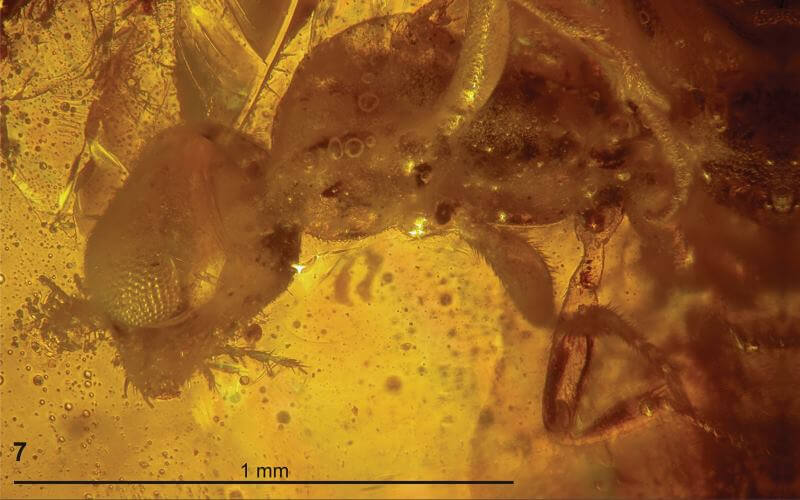 Raritan amber can be also found in several neighboring U.S. states, including Maryland through south and central New Jersey, Across State Island and Long Island (New York state), to a northern exposure at Martha’s Vineyard (Massachusetts). Amber species are recovered from the South Amboy Fire Clay member, part of the Raritan Formation. Thanks to the location of the amber sources contain a group of fossil insects from an outcrop at Cape Sable, Maryland. In the 20th century, New Jersey amber was burned in winter for heat. Many mines now are sources of amber for study, for example, The White Oak, which is the part of the Old Crossman’s pit clay mine in Sayreville, New Jersey. It contains amber pieces that are rich in inclusions. New Jersey amber preserved many other organisms such as fungus, plants, and animals. 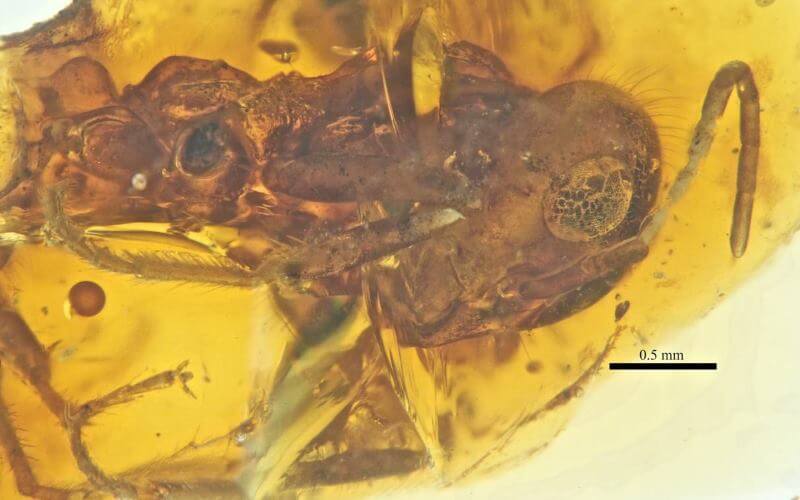 According to various sources, the amber was created due to fires that damaged trees. However, in 2011 a published study suggested that the majority of ancient resin was created by beetles that attacked the trees. Up to 70% of New Jersey amber was created thanks to these insects. A Ptinidae beetle found in 2015, as well as, a rare case of inclusions containing burned wood debris added more evidence for the possible insect origin of the resin production.