Lebanese amber is a type of amber that can be found in Lebanon, Syria, and Israel. It is about 130 million years old. It is estimated to be created in the late Cretaceous period and the late Jurassic. However, mainly it was created in the early Cretaceous era. It was made of the resin of evergreen trees of the humid forest of the northeastern part of Gondwana (the southern supercontinent, existing in the Paleozoic and early Mesozoic). The forest grew in tropical or subtropical zones in temperate or hot climates. Up to 300 sources of this amber have been found by erosion or artificially by human. 17 of them are sources of organic inclusions. The inclusions recovered from them are the oldest of this type. They document fauna from the period of creation and radiation of angiosperms plants and associated with them insect taxa.

Lebanese amber occurs in 10% area of Lebanon, and neighboring areas of Syria and north Israel. Until 2010, up to 300 sources of this mineral were recovered. Lebanese amber is dated back to the early and late Cretaceous era and is rich in fossiled inclusions. Some pieces are dated back to the late Jurassic era – up to 19 open pit mines located in Lebanon – that is the largest number of Jurassic amber exposures in one country.

Lebanese amber can be found in many different colors. It occurs in a vast variety of yellow, orange, dark red or iridescent jet black. Rare pieces can be found in milky, cream or white color. White color is caused by micro air bubbles in the resin. What makes the Lebanese amber very expensive and precious mineral, are the fauna and flora inclusions found in the amber. The density of Lebanese amber is 1.054 g/cm3. It is delicate and fragile. 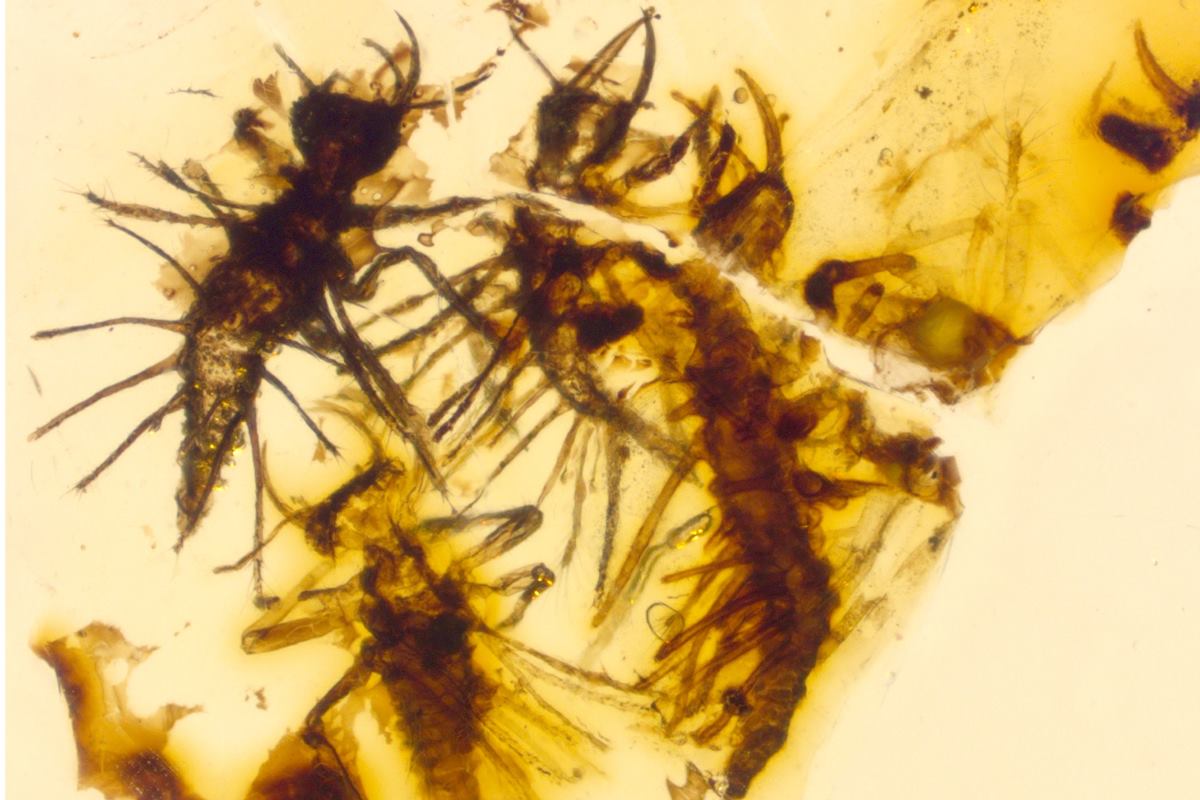 Organic inclusions are made of organisms preserved in fossil resin. They are found in Lebanese amber which, next to the Jordan amber, is one of the oldest sources of organic inclusions. Lebanese amber is dated back to the period of angiosperms radiation. It was the period of massive extinction of old groups of arthropods, as well as the emergence of the new ones, some of which co-evolved with angiosperms. Inclusions found in Lebanese amber are one of its kind and have not been found any other type of amber. The fauna inclusions are preserved in great conditions. It is typical for Lebanese amber to contain a large number of inclusions in a single piece. It helps to draw conclusions about their mutual relations and behavior.