Amber in Poland is associated unambiguously with the Baltic Sea. The Baltic beach, Kurpie and Amber Road are located where the possibility of finding this fossil is the greatest.

However, it is not so easy as it may seem. On the one hand, this process requires a lot of patience, but on the other, it’s also very exciting. Sunbathers very often look for it in seaweed or cold weaves. What is more, the season also plays a crucial role in the search for amber. During spring or autumn, there are large numbers of storms and then amber has a chance to float to the surface. Searching the beach itself will not give you impressive results. It’s best to look in clusters of sticks, seaweed, and in other vegetation. This is where the precious stones can get tangled up. The time of day is also important. There are the greatest chances of finding this fossil in the early morning. Gdańsk, called also as the capital of amber, is a place where the largest amounts of this jewel can be found. Not every beach is plentiful with amber, but the most frequently mentioned are: Sobieszewo Island, Mikoszewo, Ustka, Stegna with the museum of amber and Jantar. Beaches in Darłowo are good places to look for its nuggets used for medicinal purposes, for which Arab and Roman merchants used to come. In Poland, it is usually assumed that amber is only located within the coast. However, it is worth noticing that a high probability of finding it is in areas far away from the Baltic Sea. 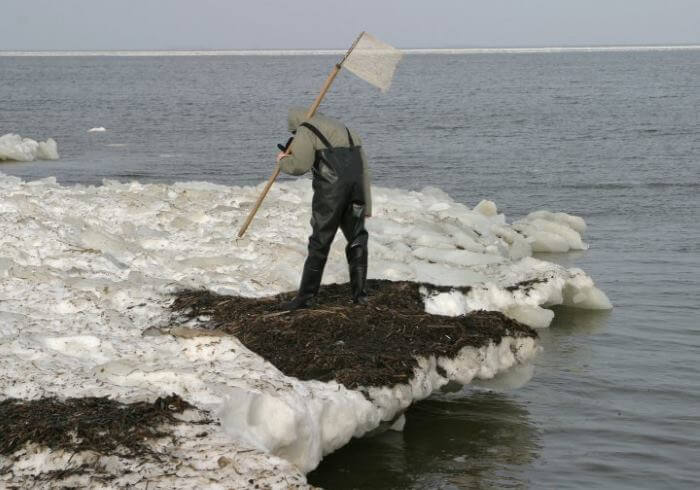 Where can amber be found? How to search for amber? What is amber hunting?

Baltic amber, as its name suggests, can be found on the shores of the Baltic Sea. If you want to find natural amber you must search for a good place, but bear in mind that collecting amber is not the easiest task. Amber collecting may differ according to many factors. One of the factors is weather conditions.

The best season for amber collecting is the season of autumn and spring storms. Rapid waves wash out not only little shellfish and seaweeds, but also pieces of amber which can be found on the shore. Additionally, it is worth to observe sea birds. Usually, they search for food on the shallows among the so-called trash islands. Those are the best areas to search for rare amber stones. It is thought that the best period for the amber hunters is between November and April. Another key factor is wind. The Scandinavian wind is not enough. The best result for amber collecting is when the wind blows from the north-east, after the south wind blowing earlier. Rapid waves are helpful in crushing large pieces of the ancient resin and then move it. Temperature is also very important. Ice makes the seawater richer in salt, which also helps amber to float freely. Another important factor is our luck.

It may be hard to find amber but with enough patience and a bit of luck, one can find a good piece. And after all, for amateur amber hunters – even the tiniest stone is highly valuable!