Amber – where and when it is the easiest to find it 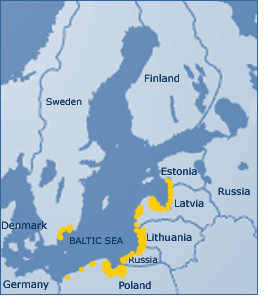 Amber in Poland is associated unambiguously with the Baltic Sea. The Baltic beach, Kurpie and Amber Road are located where the possibility of finding this fossil is the greatest. However, it is not so easy as it may seem. On the one hand, this process requires a lot of patience, but on the other, it’s also very exciting. Sunbathers very often look for it in seaweed or cold weaves. What is more, the season also plays a crucial role in the search for amber. During spring or autumn, there are large numbers of storms and then amber has a chance to float to the surface. Searching the beach itself will not give you impressive results. It’s best to look in clusters of sticks, seaweed, and in other vegetation. This is where the precious stones can get tangled up. The time of day is also important. There are the greatest chances of finding this fossil in the early morning.

Gdańsk, called also as the capital of amber, is a place where the largest amounts of this jewel can be found. Not every beach is plentiful with amber, but the most frequently mentioned are:  Sobieszewo Island, Mikoszewo, Ustka, Stegna with the museum of amber and Jantar.

Beaches in Darłowo are good places to look for its nuggets used for medicinal purposes, for which Arab and Roman merchants used to come. 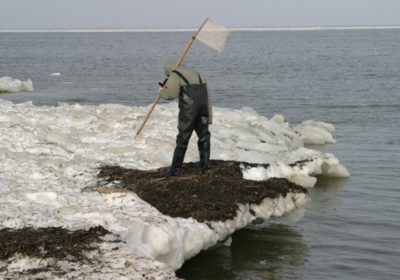 In Poland, it is usually assumed that amber is only located within the coast. However, it is worth noticing that a high probability of finding it is in areas far away from the Baltic Sea.