Amber has been used in the production of jewellery for centuries. Accessories such as rings, earrings, necklaces, and pendants made of this jewel became extremely popular among women. It is estimated that as much as 70 percent of amber jewellery produced and sold all over the world, comes from Poland. What is more, amber is a stone very desirable both for aesthetic and health reasons. Find out more about amber varieties, its occurrence, and therapeutic effects. 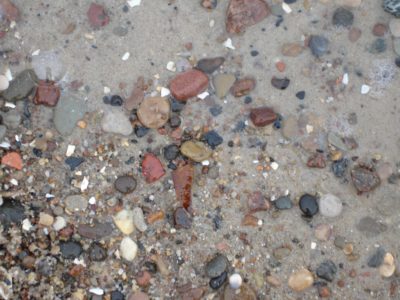 Polish amber consists of several dozen different components containing from 67% to 80% of carbon and about 1% of sulfur. In the composition, there is also oxygen, hydrogen and succinic acid. In general, amber is a fossil resin of conifers and deciduous trees (from the Fabaceae family) that grew at least 320 million years ago. These trees grew in the northern part of Europe up to the Ural. Regardless this organic substance is not mineralized, it is considered as a gemstone of organic origin. People began to value amber in Neolithic times. Collecting it in the area of the Baltic Sea started at least 13,000 years ago.

The Baltic, Dominican, and Burmese are names of varieties of amber, which can be found in Malaysia, Thailand, Vietnam, and Myanmar. In turn, amber of names: “willeryt”, “cedaryt”, Lebanese and Yakhuts occur in Canada when “walchowit” and “neudorfit” – in the Czech Republic. Succinite – the best known – can be found in Germany, Lithuania, Poland, Russia, Denmark, and Latvia, as well as in Africa, Argentina and Madagascar. In Poland, it occurs in Kurpie, near Lubartów, and in the area of the Hel Spit, the Bay of Gdansk, and Vistula Spit.

The Baltic amber has been used for decorative and healing purposes for a very long time. As a result of the dry distillation process, succinic oil is formed, which has a disinfecting and antiseptic effect. Centuries ago, amber was taken by people suffering from various stomach, ears and teeth diseases and rheumatism. Interestingly, an amber tincture has a positive effect on health during headaches, flu, rheumatic and low back pains. The tincture reduces also blood pressure, facilitates wound healing, inhibits the growth of pathogens and reduces the formation of wrinkles. Amber has many valuable health properties. 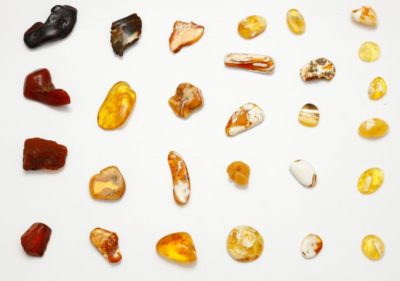 There are as many as 60 varieties of amber around the world. The name amber comes from the German word Bernstein, which means a stone that burns. According to Roman legend, it is perceived as the fossilized urine of lynx. The inhabitants of Arabia called it anbar, because the aroma reminded them of the smell of ambergris. Jews called amber a haszmal, which means God’s power, or current flow.

Amber gives off a nice and resinous smell after heating; it’s placed between calcite and gypsum on a ten-point scale of hardness. The stone reacts to solvents poorly, and when scratched, small crumbs and white scratches appear on its surface. Rubbing amber with material attracts for example paper. This knowledge can allow you to recognize amber properly and avoid buying a fake.

Currently, there are cosmetics with amber in many drugstores such as body lotions, face creams and gels, soaps, ointments, and hair masks.