What is Baltic amber? Is it always called the same way?

Baltic amber is above all the noblest organic mineral from fossil resins. There are more than one hundred variations around the world, and one of them is a resin, which comes from the specific variant of a pine tree – pinus succinifera. 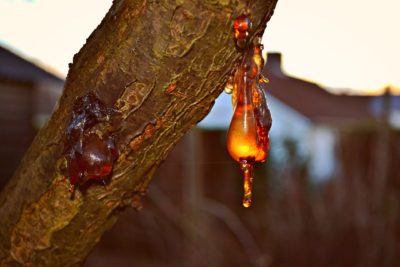 In other words, amber is a fossilized secretion, created of resin emitted by coniferous trees. The presence of resin in trees could be associated with the natural development of trees or the rapid warming of the ocean.

There are also theories that resin tapping was the result of previous fires and diseases, however, volcanism can be considered as the most probable. Amber can be classified as younger than fossilized resin.

In many pieces of amber, you can find the remains of dead insects, spiders, butterflies or other small creatures that reside in the coniferous forest.

They got trapped there during the thickening of resin and had difficulties to get out from the sticky structure, so they remained there forever. Such specimens are a valuable source for scientists and provide knowledge about prehistory.

Amber forests cover the Scandinavian areas and some parts of the Baltic. At first, the resin hit the watery areas and rivers, later it took a place at the shores of the shallow sea. In the following years the resin took on a different structure, it became harder and it changed its position.

It has various names. Some say it is amber, others call it “jantar”, but geologists use the word succinite the most often. However, its most common name is amber, which means a burning stone.